French Medical professional specialized in infectious diseases, internal medicine covering various therapeutic axes, certified in Immunology and Pediatric, MBA vaccinology and years of active clinical practice in Internal medicine, Infectious and tropical diseases. Certified in Health and diplomacy (Geneve) Lived multi-country medical Ã¢â‚¬Å“field Ã¢â‚¬Å“experience in Southeast Asia (India in particular), West/Central/East Europe. Speaking French, English, Russian, Italian, Czech, Slovak with notion of Mandarin. Over 15 years of experience in senior position in various industry companies in research and development for European and USA for large and complex international programs and therapeutic areas for adults and children including infectious and tropical diseases, vaccines and preparedness/surveillance but more. Active member of World alliance against antibiotic resistance (Administrative board) and French immunology society (SFI) administrative board and several international academic societies (focus on innovation of R&D reflecting immunology and genetic variability, role of immunologic approach for treatment and diagnostic, tackle problem of resistance for antimicrobials(TB including), antparasitic, antivirals etc. using multiple approach and linking multiple partners in concept of One health. Member of advisory Health concern (India) and think tank group in order to attract attention to role of immunology, personalized and preventive medicine and accurate diagnostic and global cooperation in this area. Years of expertise to work globally within Europe, USA but recently more focused on BRICS - Asia Pacific in particular as an Medical advisor bringing new innovative concepts alive and getting them endorsed/partnered. 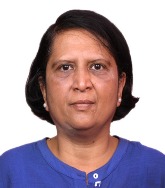 Dr. Revue began his medical studies at the Pierre and Marie Curie University in Paris where he subsequently completed a residency in emergency medicine. In 1996, he specialized in disaster medicine at Henri Mondor University-Hospital, followed by a specialization in toxicology at Fernand Widal-LariboisiÃƒÆ’Ã‚Â¨re Hospital. Dr. Revue research and study areas of interest include hyperbaric scuba-diving accidents, trauma imaging, and ED management. He has been involved with the international development of emergency medicine for over 15 years, working on projects all over Europe, as well as in Vietnam, Dubai, and New Caladonia. Dr. Revue is an active member of the European Society of Emergency Medicine, serving as chair of the website committee. Experienced Instructor with a demonstrated history of working in the higher education industry. Skilled in Life Sciences, Editing, Genetics, Cell Biology, and Science. Strong education professional with a PhD focused in Virology from University of Toronto. Interests include, biotechnology, public health, food and energy security. 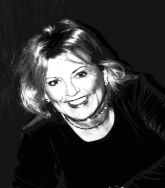 Dr. Marian Laderoute is currently a voluntary consultant for ISM-Immune System Management in Ottawa. She was the Lab Director from 2011 to 2020 where she was inspired to publish the new immunosenescence paradigm. Prior to this she was Research Manager of the Blood Zoonotics Unit at the Public Health Agency of Canada when she discovered HERV-K102 as a protector foamy virus of humans (internationally patented but now abandoned). She obtained her Ph.D. in Medical Sciences-Immunology at the University of Alberta in 1991. She published a unified theory of cancer in 1994 based on her Ph.D. discovery of the 67 Kd AFP receptor/binding protein in tumors and macrophages, which attempted to explain how the malignant phenotype of tumors related to immunosuppression of the host via active AFP. While this was considered heretical at the time, new evidence with CCR5 blockers and knowledge of reversible EMT now suggests she may have been correct. Dr. Ahed Alkhatib has finished his PhD from Cambell State University in 2011. I am currently working as a clinical researcher at faculty of medicine, Jordan University of Science and technology. Over the time, I have published more than 200 articles in various medical fields including neurosciences, pharmacology, and diabetes. My approaches in research include the involvement of philosophy of science in research which gives looking, and thinking in depth. I have developed several hypotheses in medicine such as the role of white matter in initiating diseases such as diabetes. In microbiology, I have demonstrated that prokaryotic cells and eukaryotic cells are similar in producing cell cycle proteins which can participate in autoimmunity diseases.

Setting medical hypotheses and writing book in different fields, of which two books have already been written and distributed in the world market. Other interests include: -Neurology -Pharmacology -Philosophy of science -Tumor research -Behavioral biology -Emergency medicine 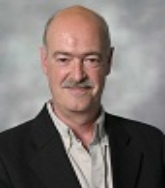 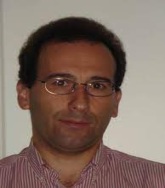 Alfredo Berzal-Herranz received his PhD in Molecular Biology from the AutÃ³noma University of Madrid (1990). After a short stay in the Department of Microbiology, at the Uppsala University (Sweden), he moved to the Department of Microbiology, College of Medicine, University of Vermont (USA), as Postdoctoral Researcher. In 1993 he returned to Granada, Spain, joining the Instituto de ParasitologÃ­a y Biomedicina â€œLÃ³pez-Neyraâ€ (IPBLN) belonging to the Spanish National Research Council (CSIC), where he established his own research group and Chair the Department of Molecular Biology. Since April 1997 to November 2005, he was the Deputy Director of the IPBLN-CSIC and Director since November 2005 to March 2014. He has authored around 90 research articles and book chapters and edited two special research issues. He serves or has served as Editorial Board Member of more than 15 research journals. His group is currently interested in understanding the structure/function relationship of viral RNA genomes. Pursuing the identification of the molecular mechanisms used by the RNA viruses to store all necessary genetic information and studying the potential use of genomic structural RNA domains as potential antiviral targets. Further, his group is interested in the design and characterization of antiviral RNA molecules. 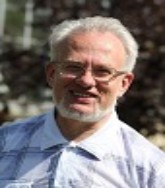 Vsevolod Zinserling is pathologist working in the field of infectology in Saint-Petersburg, Russia. His research is devoted to viral, bacterial, fungal and mycoplasma lesions of brain, lung, liver, intestine, placenta on autopsy, clinical and experimental material. Investigations of pathomorphology of Influenza, HIV and its complications, infections due to herpes viruses, viral hepatitis, mixed infections of different localisation are of special interest. Prof. V.A. Zinserling is collaborating at Saint-Petersburg University, Center of infectious pathology at S.P. Botkin hospital for infectious diseases and department of pathomorphology in the Institute of Experimental medicine at National Medical Research Center named after V.A. Almazov. He is active member of European Society of Pathology (working groups infectious diseases, autopsy pathology and history of pathology). Author of more than 400 publications. Doctor
The American College of Allergy and immunology in Houston
Jordan

Dana Al Salah is a certified Food Allergy Coach. AllerCoach (TM), is the first International food allergy management training and certification program for coaches and consultants. Her first-hand experience in the daily effort to keep her children safe and healthy is the reason she understands the struggles families go through with having one or more people with food allergies in the house. She takes each case personally and offers support wholeheartedly to the people and families she works with. 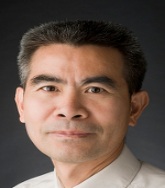 Rongtuan Lin has completed his PhD from Concordia University and Post-doctoral training at the Lady Davis Institute for Medical Research. He is an Associate Professor in the Department of Medicine, McGill University and a Senior Investigator at the Lady Davis Institute for Medical Research. He has authored more than 130 publications and has served on several grant review panels. His research focus on the molecular understanding of the positive and negative regulation of antiviral immunity and to manipulate the innate immune response as a therapeutic strategy to control virus infection and cancer. His current interests include the use of small molecules that mimic viral RNA to inhibit Pathogenic virus infection. 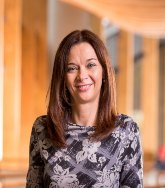 Dr Kedzierska trained as a viral immunologist and has over 14 years of experience in researching the immune responses to acute (influenza) and chronic (HIV) viral infections. Her expertise in both the murine system and human settings allows her to translate any of the key findings obtained from an easily manipulated mouse model into human viral immunology. Her PhD work undertaken at the Burnet Institute in Melbourne has provided an important contribution to our knowledge of AIDS pathogenesis by proposing the mechanisms of why HIV-infected patients develop specific opportunistic infections as their disease progresses, ultimately the cause of their death. Her PhD work was recognised by prestigious awards, including a 2001 Premierâ€™s Commendation for Medical Research, 2002 Monash University Mollie Holman Doctoral Medal for the Best PhD Thesis and the NHMRC Peter Doherty Postdoctoral Fellowship to pursue her postdoctoral research with Nobel Laureate Professor Peter Doherty. She joined Professor Dohertyâ€™s laboratory upon his return to the Department of Microbiology and Immunology at the University of Melbourne in July 2002. During the four-year postdoctoral position she has further contributed to the field of viral immunology and developed her own research interests related to the cellular and molecular aspects of CD8+ T cell immunity to influenza virus infection. After being awarded the NHMRC RD Wright Fellowship and a NHMRC Project Grant, she established her independent research group in the Department of Microbiology and Immunology. She aims to understand how immunological T cell memory is generated, whether it is feasible to elicit immunity towards escape viral variants, and how T cell receptor repertoire relates to T cell phenotype, function and viral escape. Hiroshi Ohrui was born in 1942. He received his B.S. (1965) and Ph.D. degrees (1971) from The University of Tokyo under the direction of Professor Masanao Matsui. He joined RIKEN in 1966 as a researcher. In 1981, he moved to Tohoku University as Associate Professor in the Department of Food Chemistry, Faculty of Agriculture. In 1977, he was promoted to Full Professor, Graduate School of Life Science. In 2006, he moved to Yokohama University of Pharmacy as Professor. He worked for Dr. J. J. Fox at Sloan Kettering Institute for Cancer Research (1972-1973) as a Research Associate, and for Dr. J. G. Moffatt at Syntex Research (1973-1974) as a postdoctoral fellow. He worked for The Technical University of Darmstadt as an invited professor by DAAD (1990). He has received several awards including The Agricultural Society of Japan Award for Young Scientists (1974), Inoue Prize for Science (2001), Japan Prize of Agricultural Sciences (2004), The Japan Society for Analytical Chemistry Award (2004), and The Japan Academy Prize (2010).